Posted on May 19, 2013 by Mike Garrasi
On Friday, May 10th of 2013, I had the pleasure of DJing for Mr. & Mrs. Steven & Lindsay Heagle at Saratoga National Golf Club!!  What a PARTY!  Their Guests never left the Dance Floor!  The staff at National “KNOCKED IT OUT OF THE PARK”!  And what can I say, Steven & Lindsay were just Super Cool!!  Two of the nicest people I have ever met.  I also had the pleasure of working with a great friend of mine too – Photographer Rob Spring!
Earlier today I received a 5 STAR REVIEW on WeddingWire.com from Lindsay.  Here is what she had to say! 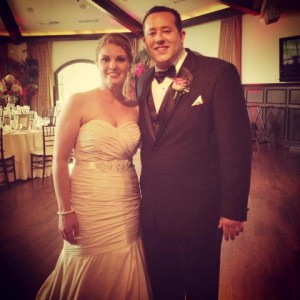 “Mike Garrasi of Music Man Entertainment is AMAZING!  We had him DJ our wedding reception at Saratoga National on May 10.  He had the dance floor rocking all night long! There was so much dancing and dance MOVES that I have never seen before that were performed that night.  The energy was amazing and I attribute that to how well Mike reads the crowd!”

“I also have to thank Mike for ALWAYS getting back to me so quickly whenever I called and had questions or had to change our first dance and father/daughter mother/son song the DAY before our wedding.  He made sure that everything was just perfect!”

“Finally, I have to say that when Mike told me that we were fifteen minutes from the end I could not believe it!  We were all having an absolute blast and I wanted him to keep playing!  The great thing about Mike is that he gives you the option of extending your reception by an hour!  We wish we had asked him to stay and play longer but we had to get to our after party :).”

“Thank you again, Mike.  We were just talking about when we could hire you and Rob Spring again for our next celebration! The uplighting was also amazing.  I will definately recommend you to everyone I know!” 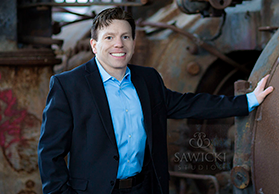